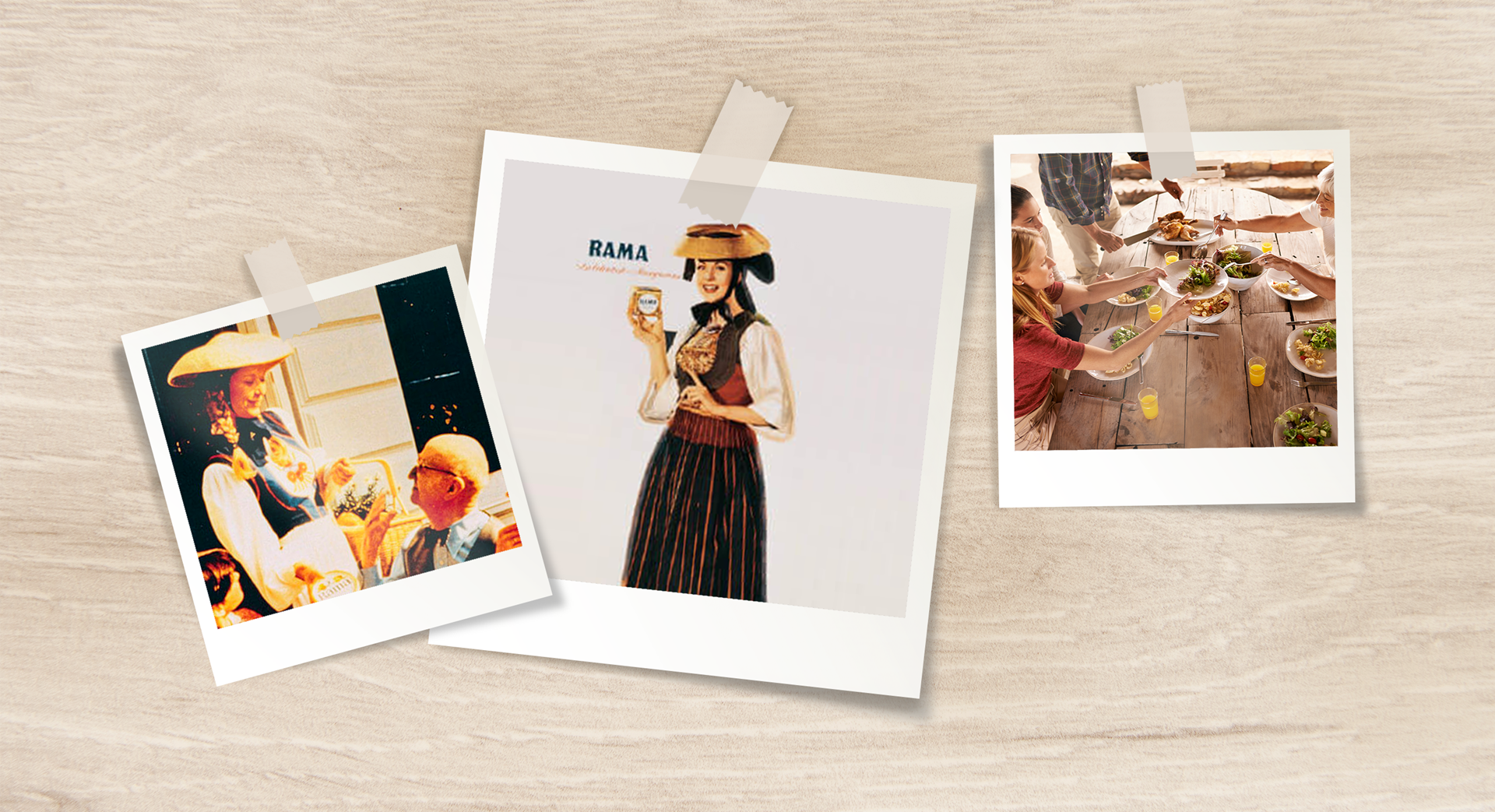 THE STORY OF RAMA

A revolution started a tradition, then came innovation. Discover Rama through the ages.

How it all started

At the end of the 19th century, the French emperor Napoleon III offered the grand sum of 100,000 gold francs as a reward for the invention of the first inexpensive alternative to butter. The Frenchman Hippolyte Mège-Mouriès won the race for the urgently needed energy source with a cream made from purely animal ingredients, which he called margarine. When creating the word, he was inspired by the Greek word for pearl (márgaron), with he said looked like the shimmering surface of his margarine.

The huge potential of the invention was first recognized by butter trader Jan Jurgens van Goch, who acquired the patent in 1870. The variety of margarine brands that fell under the umbrella of Deutsche Jurgenswerke AG was so confusing that in 1924, marketing under the common name “Rahma” was decided. In order to avoid confusion with pure milk products like cream, the "h" was later omitted. In parallel to finding the name, the Rama girl "Jule" was brought to life. She became a real trademark, and was refreshed as part of the most recent Rama logo. Rama was one of the first brands to be advertised nationwide in Germany, and the product history is an important part of the legacy. 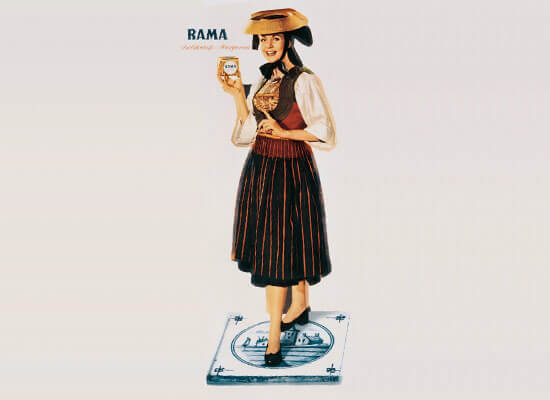 Rama through the ages

Interrupted by the war years, Rama returned to the trade with its unparalleled quality and taste in the 1950s. Thanks to the distinctive taste and packaging design, Rama is unmistakable for consumers and achieves brand awareness of almost 100%. The product, packaging and communication constantly adapt to the needs of consumers. Rama develops with the times, Rama develops with the people.

The all-rounder in the kitchen and on the table

Rama was developed under the umbrella of Unilever Bestfoods Germany into an innovative umbrella brand with products made from high-quality vegetable oils for cold and warm kitchens. For years, consumers have been able to choose between various products, whether reduced in fat or lightly salted, whether special roasting creams or the classic Rama - there is always a healthy variety on the table and in the kitchen. In addition to the excellent classic products, the brand also stands for excellent innovations. The “Rama Culinesse” was one of the first liquid margarines on the market and has remained the market leader to this day.

This year, “Rama Culinesse” will be presented for the first time with a TV commercial that highlights the advantages of the product when roasting compared to oil. In the following years, the range was expanded to include two more products. 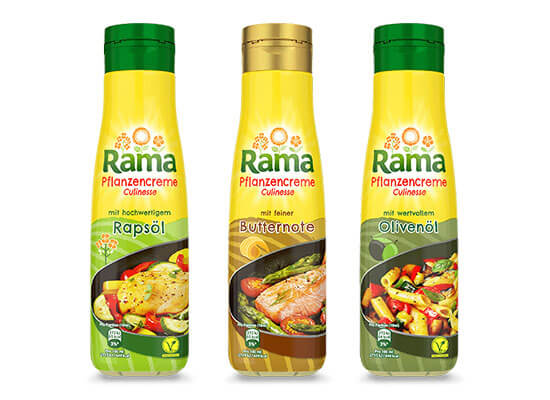 Rama attaches even more importance to conscious nutrition: All products are now made from pure vegetable oils. To protect the valuable ingredients even better, each pack of Rama is closed with an additional seal.

At this point, the new Cremefine products "for cooking", "for whipping" and "refining" as well as the light "Rama Balance" add further innovations that expand the range for all nutrition-conscious people.

It combines the best of butter with the goodness of Rama. It not only tastes delicious, but also a healthier choice with vegetable oil, and can be spread when chilled. Fresh rolls, croissants and bread are a real breakfast delight with Rama. For those who like it salty, there is also a variant with added sea salt.

The Rama family continues to grow! With the "Rama 100% vegetable" a purely vegan product comes onto the market. “Rama Light & Mild” with only ¾ fat content is ideal for conscious connoisseurs. Yogurt gives it an unmistakably mild taste. 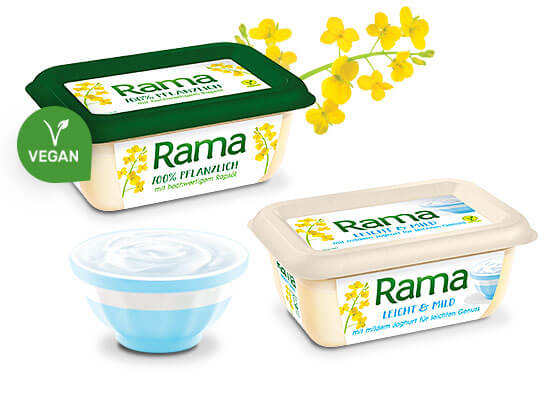 The new Rama impresses with its proven recipe and modern packaging design.

Now new in the cooling shelf: "Our masterpiece". With 100% ingredients of natural origin and versatile: for roasting, cooking, baking and as a spread. Rama has never been so good! 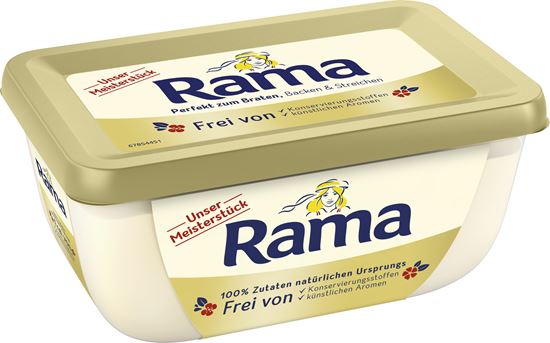 *Some products are not yet avaliable in our region.